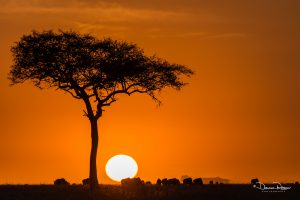 I saw an ad that said, “buy more, save more.”  It made me think of an experience from about 1987, when I was VP & GM for Northern & Eastern Europe for AT&T and leading a USAID mission on telecommunication to Tashkent, Uzbekistan, then a part of the Soviet Union.

One of the speakers I recruited was the head of marketing for AT&T’s 800 telemarketing service.  Remember, this was YEARS before the online commerce spawned by the adoption of the Internet, so most of the purchases not done face-to-face were done via the phone.  This was a big business for AT&T.

To augment his presentation, we had a short video explaining how Lands’ End used its 800 service to sell product.  At that time, as the Soviet system was chronically unable to provide goods to its people, it seemed like a reasonable way to show a slice of American life that would highlight a difference between the Soviet Communist and American Capitalist systems.

The audience watched in rapt silence, trying to digest how utterly the Soviet system had failed them.

It was hard enough for the audience of several hundred to believe that you could actually order things over the phone and have them delivered.  After all, they would wait in long lines to buy whatever might be available on any given day.  And, typically, they would buy anything of value, so that they could barter or sell it.  I remember asking a colleague who told me that his wife had snagged a pair of shoes that were way too large for him, but he was able to trade them for something that they needed.

Then the agent on the phone said: “We are having a special today.  If you buy two, we will sell you the second one at half price.”  It was just a bridge too far!  It just seemed like that was impossible, so it had to be propaganda!  After all, no one could have so much that they would reward you for buying MORE!

In the end, I think that the audience did believe, or, at least, had a lot to think about.  At the very least, I did see the yearning for freedom and independence fill the room as they were thinking about what was possible and foreshadowed the downfall of the Soviet Communist system.